Tag Archives: Keeping Up with the Kardashians 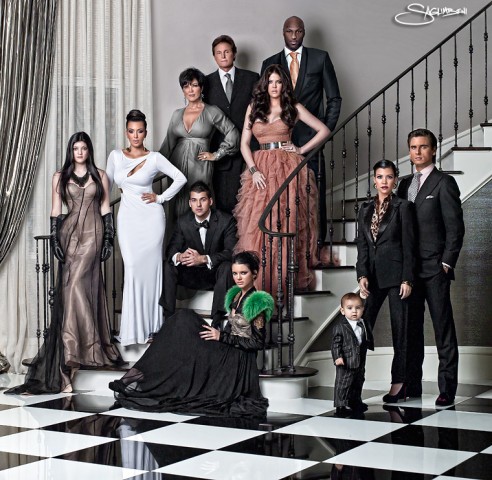 Lamar Odom must have had a secret reason to marry Khloe Kardashian because the fact that they are still together doesn’t make sense.  I really thought this marriage was a fling or a bad decision at the least, but now this dude is in the Family Christmas Card.   I don’t watch their show (Keeping Up with The Kardashians) or read about them in magazines…..but I do follow Kim on twitter. And I follow Kim Kardashian on twitter for another reason entirely all together.  I follow Kim Kardashian because she has got to be the finest mulatto woman I have ever seen in my life.  I digress….

So  I was thinking….there must be a “good reason” why Lamar Odom really married Khole Kardashian.  And when I said “good reason” I mean something that is beyond what we see with the naked eye.  I mean there has got to be an ulterior motive involved because a couple of things don’t add up.

He married the least famous sister.

He married the second ugliest sister.

He signed a ridiculous pre-nup.

So with all that I have mentioned above, the only thing that makes any sense……..the only logical play………is to some how and some way………..Lamar plans to eventually marry Kim Kardashian.  It’s the only thing that is reasonable.  And as unreasonable that is, it is still the only thing that makes sense. An NBA player that looks like Lamar Odom can choose from the finest selection of sexy and  attractive gold-diggers, scallywags, tricks, whores and prostitutes to good wholesome, beautiful, talented, sexy, attractive educated non-mullato sisters that will still take you for half of everything you have.  I mean if you are going to give them HALF, she should at least look like she should be worth half.  Kim Kardashian is worth half…………anywhere between a third to a half but still…….we could all understand this a little better if it was Kim.